When was the last time you laughed until you cried? Here were some of our favorite answers

For many of us, these past few weeks have been full of stress, grief, enormous life changes, and a heap of uncertainty, thanks to the ongoing COVID-19 crisis.

Writing, of course, is one tool to help soothe some of those anxieties. (That’s exactly why we started a brand new 90-day writing program…).

But laughter can be an incredible medicine, too, no matter how dire a situation might feel.

That’s why, over on the Find Your Voice Instagram account, we wanted to know your answers to one question: When was the last time you laughed until you cried?

We were so inspired (and entertained) by your stories and comments that we decided to keep track of our favorites and share here. With most of us continuing to stay at home to manage the spread of coronavirus, we all could use some extra laughs these days.

Naturally, many of our followers have been brought to (happy) tears by comedians, TV shows, or other funny videos. Here are some of our community’s favorites:

@jefferssb — I’m an ER nurse in downtown Los Angeles. Stress has always been a part of my job but this is next level… humor keeps me sane and helps me move from one tragedy to the next without completely folding in on myself. I’m also very easily entertained, I will laugh at almost anything that’s remotely funny. I watched @chrismannmusic Hello video last week after a particularly stressful day and was in tears from laughing so hard, it was good for my soul.

@fasterhappierkym — Clips of The Graham Norton Show are saving my life right now. I love the British anyway, but he has created a safe space for celebrities to be silly and tell stories that are hilarious and embarrassing and life-affirming all at the same time.

@charissasteyn — Last time I laughed til I cried … watching a funny video. Anything Jim Gaffigan usually gets me going.

@sheteachesschool — I watched a Trevor Noah video and laughed until I cried.

@jessalonso — Watching the new Tom Segura special on Netflix with my love during this very uncertain time. It was so, so needed.

@iamjoshwalker — Stumbled upon a few TikTok’s of grandmas and grandpas dancing that had me doubled over the last few days. Needless to say, they were perfect.

@kc_owens — My brother has a way of timing inside jokes and clever puns at just the right time. We’ve been watching movies together from a distance during quarantine, and his comments bring me to fits of giggles and tears! Also, Ron Funches’ comedy show. Laughter is truly healing!

@somanypassions — My husband and I are always up for some guilty pleasure reality TV when we’re traveling. Laughed uncontrollably watching “Man vs Bear.” The contestants were saying things like they were surprised that the bear could pull them into the water. The bears weigh like 2500 lbs!

@eholmes45 — My wife and I always look for laughter during these times. The last time I laughed hard was watching a sports announcer color commentary everyday life right now. It is a much needed break.

Then, there’s the spontaneous laughter that bubbles up thanks to the people (or animals) you’re quarantined with…

@samcatk — I’m finding the delirious laughing until crying is a little easier to achieve these days! My fiance and I laughed ourselves to sleep talking in funny accents the other night! Blame it on the quarantine

@fullwellself — My husband and I have been spending a lot of time together due to the quarantine. This morning, watching him eat a bowl of cereal, I asked “must you take such big bites?!” He started to laugh and of course spit out some of his cereal since he had shoveled so much into his mouth. The littlest things get us laughing these days

@miasuttonwrites — It was tonight. My husband asked my son to bring him the broom handle because he was trying to reach something that had gotten stuck on our ceiling fan. And my son brought him the little plastic cap from the end of the broom handle and we all died laughing when hubby said, “What is this?!”

@jessicahess05 — Yesterday, I was broiling in oven too long and there was a flame at top, which my old oven never did. I screamed, “DAGNABITTT” in this long, drawn out, horrific low-pitched growl… and my friend died laughing. I went hysterical running around, grabbing valuable items, while trying to call maintenance to bring a fire extinguisher. My friend let this go on til telling me that is normal.

@lauraa_reichardt — When I accidentally set my pillow on fire because I didn’t realize my candle was too close to it. Luckily my roommate saw it before it got bad and we had water nearby!

@grace1895.photography — Just this morning after reading an email my sister sent me that included a comment that said that she needed to social distance herself from her refrigerator

@dawnehanks — Quite frankly during quarantine this is a daily occurrence. My sister and I are being creative with “Mumu Mondays,” “Onesie Wine Wednesdays” and lots of silly games and competition. Most days she makes me laugh so hard my stomach hurts. So blessed to be quarantined with her.

@dani_broberg — Laughing so hard at some really funny mannerisms and faces that my dogs were making together – I’m sure one should have been a cat and the other is just goofy.

@rachelhodges — Amidst a very chaotic family dinner, one of my dear friends sent a text sharing that although she has always been opposed to getting a pet dog, she was now thrilled to announce that they were getting a golden doodle, and that she hoped she wouldn’t regret it post quarantine. That was enough to get us giggling – then she started sharing all of her 8 year old’s questions about how golden doodles are made.

@girldownthehall — I’m a sophomore in college, and one night this fall my roommate and best friend (@mollymgraham) and I were studying as the rain poured outside our room. All of a sudden, we said to one another, “it’d be so fun to run around outside!” We put on our big t-shirts , took off our shoes, and did cartwheels in the grass, ran around in circles, even laid down in the middle of the street in the rain! Our other roommates were laughing at us, but we were laughing out of pure joy.

@emnoflan — My partner and I had the grand quarantine idea to make cinnamon rolls. The directions said to “punch the air out of the dough” after letting it rise for an hour or two. Two hours later, the dough still didn’t look to be risen, but I punched it anyway. *THUNK*! It was like punching a brick of play doh. We laughed until we cried at our cinnamon roll failure.

@rbnwd — When I was very pregnant, my brother and I were driving down a country road that was pretty bumpy. For some reason, the jiggling of the baby on those bumps tickled me, and I started laughing, and my brother started laughing with me, and we drove miles laughing uncontrollably with tears running down our faces.

But sometimes, it’s one particular family member who brings out the most laughs. That’s why we reserved a whole section just for “dad jokes”:

@laurenmariefiore — I inherit my laughter from my dad. It’s my most prized gene. So I thought, what better way to get through quarantine than compiling a video montage of my dad’s funniest filmed moments. I finished it yesterday. Barely. Frequent pauses to deal with my tears of laughter slowed the process significantly.

@jessncooper — There was a moment recently where my dad came up with a dad joke that no one understood except for him. He laughed until he cried. We were all so confused but soon our reaction matched his own. And before long we were all in tears over the simple fact there was joy in the confusion.

@thememoirlady — My dad accidentally drank a margarita instead of a lemonade. He’s 72. Would you believe, out came his theatrical showman joke telling. Between him near falling over due to twirling his shirt as he spoke and his near perfect delivery of joke after joke, I found myself tear laughing.

@ashleyhaldeman — My husband was telling lame dad jokes during labor last month… I laughed so hard at one I cried tears – unclear whether they were from the joke or from a contraction 🙂  just kidding. It was pretty funny. And then in the recovery room we kept cracking up over the silliest things, at least twice to the point of tears. I’ll always remember it. 🙂

With most people not able to see their friends and family members (or their co-workers), there’s been a lot more FaceTime and Zoom video calls. But sometimes, those can create their own mishaps…

@kimloujay — I’ve been crocheting a LOT and my husband was FaceTiming with Katie. I’ve been looking for projects so I hollered “do you need any underwear??” like I was going to crochet some for her. That started the ball rolling and we all laughed until we cried

@melissafischer — The other night while FaceTiming family, my husband said he has started to really like almond milk. My SIL heard raisin milk somehow and just said “dude raisin milk is just grape juice and why are you eating that with your cereal?” In the moment, we all doubled over laughing.

@lilythebarefootbarista — My husband teases me that I laugh at the most random things. Like it’s always the line that NOBODY else finds funny, or the situation which other people don’t find amusing. So today on a webex conference call with some dear friends one of them was describing in great detail the size and shape of his hedge clippers and everyone was listening like their life depended on it, and it tickled me because it was such a random thing for everyone to care so much about. I was omute so was chuckling away to myself and when another fried spotted me and asked “what’s so funny?” I lost it. Still giggling several hours later…

@ikkiemarie — Yesterday our 2 year old detailed over Skype how he has learned to change “his own diaper” while at grandma’s. He then demonstrated on his teddy bear and he kept soothing the bear and saying everything we say to him during diaper changes. His antics were hilarious and laughing opened up my grief at being sick and not being able to have him home right now. I ended up sobbing after we got off the phone.

@allidoe — The last time I laughed until I cried was when I saw the story from a worker whose boss turned herself into a potato for a Zoom call and couldn’t turn the setting off. Just imagining trying to keep a straight  face during a work video call, while staring at your boss or colleague as a potato hit me so hard. I think I’d had a rough day and needed the release of laughter!

@georgannehassell — I was on a video call and my friend was tipping the chair back just a little too far and totally fell backwards. THe look of surprise on their face as it was happening brought me to tears

Thank you, from the bottom of our hearts, for sharing your laughter with us. Keep following Find Your Voice on Instagram for more writing prompts, encouragement, giveaways, and, as much as we can find, silver linings. 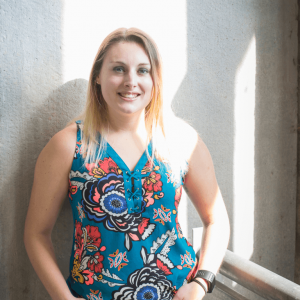 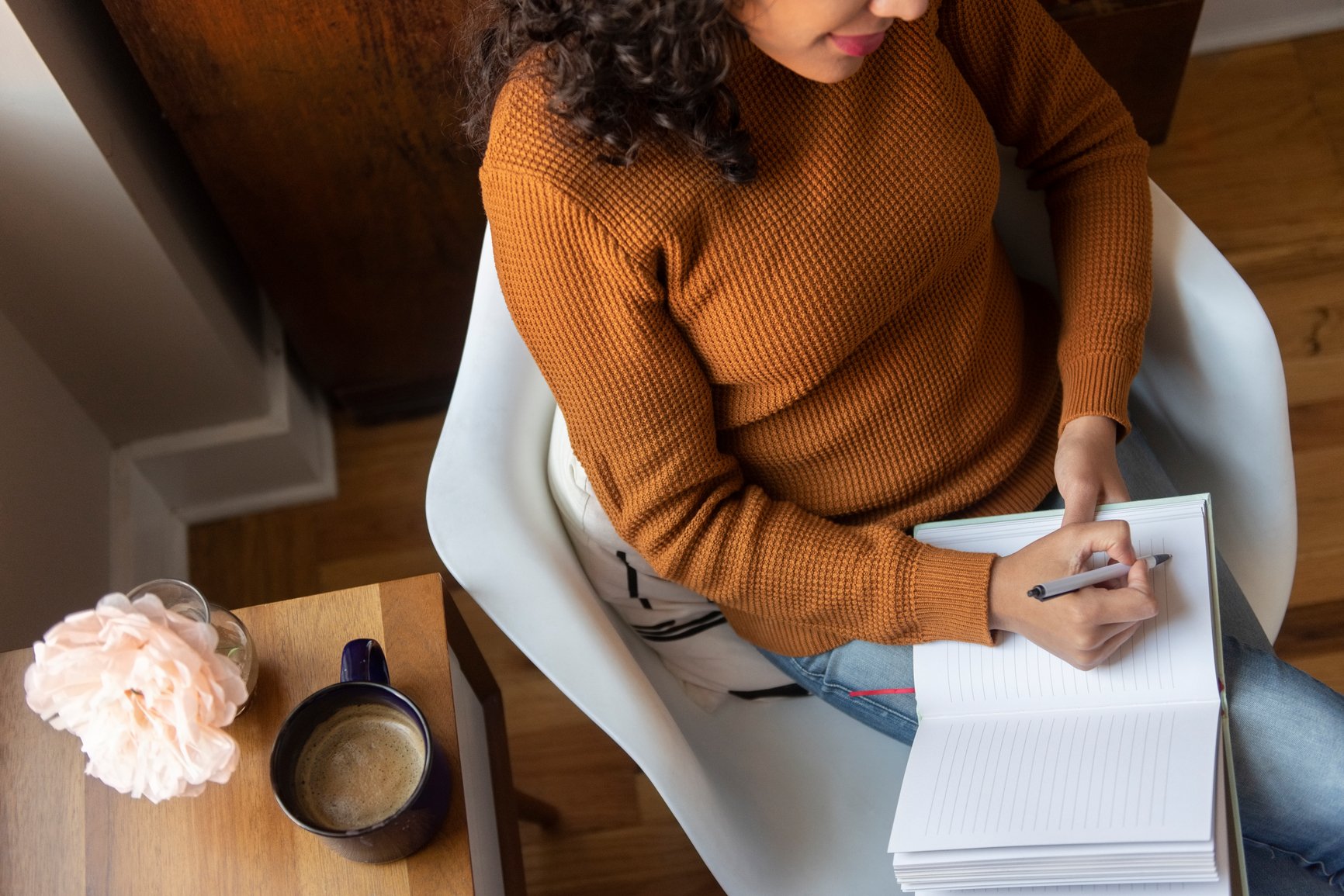 When Is The Best Time of Day To Write? 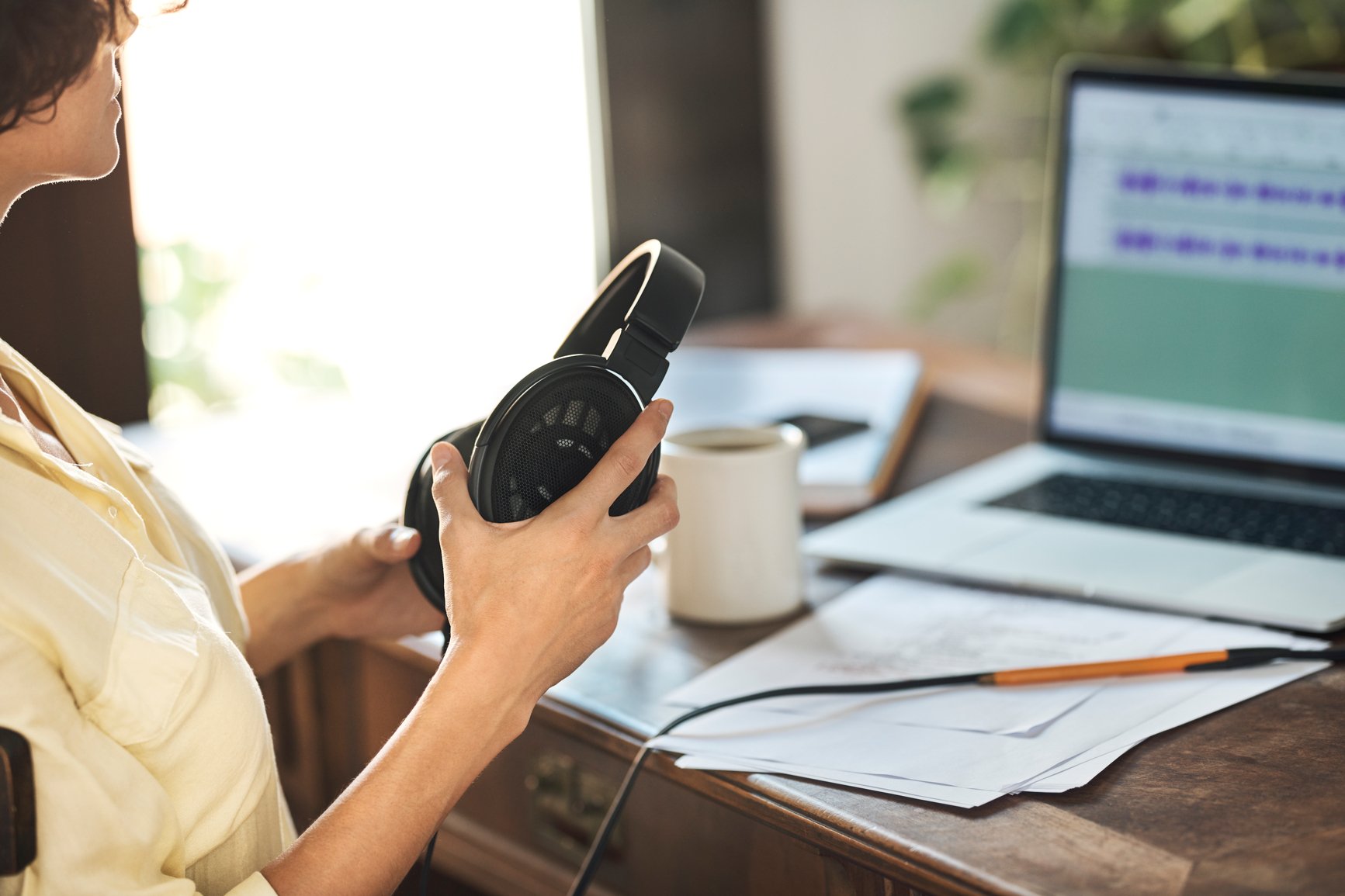 Why I Started a Podcast 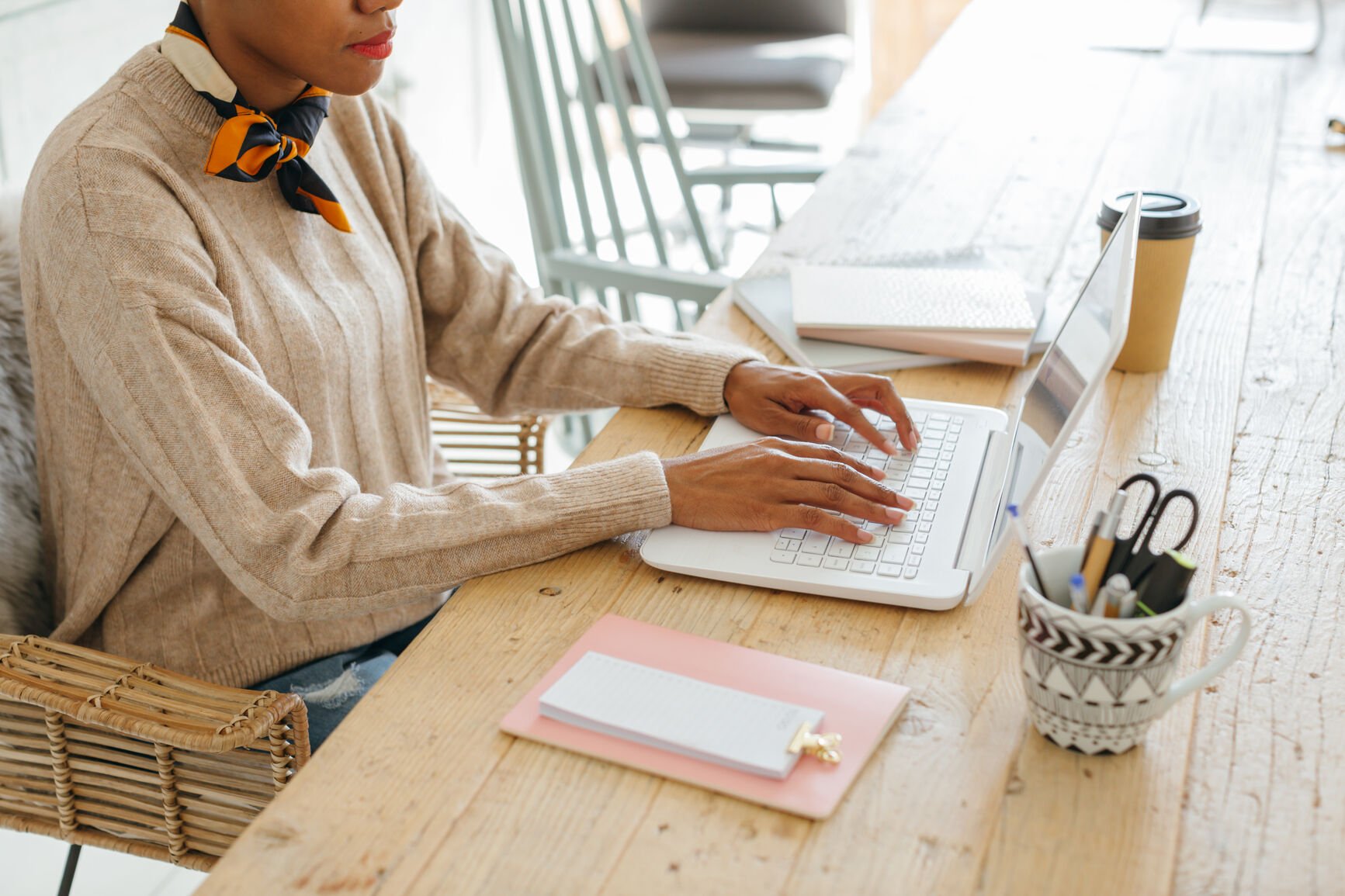 Writing About Family (Or Any Love-Hate Relationships)

Join the 10,000+ others who are already getting their weekly dose of inspiration for life and writing delivered directly to their inbox every Monday morning. Use the prompts, write for 5-20 minutes and watch as your motivation increases, your mood improves, and your life shifts!
Instagram Facebook
Menu
© 2020 Find Your Voice, All Rights Reserved
×
Scroll to Top